A short history of the Centre for Social Concern at the occasion of clocking 15 years. 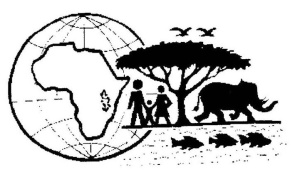 Several chapters of the society of Missionaries of Africa put increasingly greater stress on the link between mission and justice and peace, mission and dialogue. The chapter of 1998 speaking in the language of objectives and planning proposed to all the members that they should integrate justice, peace and the integrity of creation as an essential dimension of our lives as missionaries and to promote dialogue with those who are different in religion and culture. In Malawi during the post-capitular assembly the participants put this chapter decision into practice by evaluating all our commitments with as criteria: in which commitments (parishes) can we best apply the above-mentioned objectives. This led to a recommendation that we should both plan to handover some of the parishes we were running then, but also start new projects with the specific intention to respond to the challenge posed by the 1998 chapter. The Missionaries of Africa already had a centre dedicated to culture in Kungoni so we saw the need for a new venture, which would dedicate itself to Justice and Peace and the Integrity of Creation. This became the Centre for Social Concern. It took about three years of deliberation before we actually were ready to commence. Kanengo was chosen as the location, next to St. Francis Parish.

The infrastructure was first on the list. A house for confreres to live and an office block with a small library. We hired our first personnel. There was a small group of Missionaries of Africa who guided the process. The CfSC needed to find its niche in the ecclesial and national landscape. The CfSC also needed to find the funds to run it. Since the director had experience of working with CORDAID this Dutch co-financing organisation became the first partner to the CfSC. At the same time because of existing contacts with some members of GTZ, the centre was asked to assist in a project to research whether there is a link between (self)-marginalisation and violence. It was the time after the bombing of the World Trade Towers in New York and the project proposed to research this thesis. The CfSC was asked to do this. It led to our inter-religious dialogue project. Because what we found out was that there seemed not to be a direct link, but that even mainline religious groups were becoming more fundamentalist so that the normal ‘dialogue of life’ was not deemed sufficient to cope with this hardening of opinion and increase in prejudice. The conclusion was that a greater effort needs to be made to tackle prejudice and promote greater religious tolerance. The method followed was to do first a fairly in-depth appraisal to find out what is happening in a specific area and based on that to start some interventions, which lead to greater tolerance.  The centre bundled the lessons learned in Karonga and Nkotakhota in a book and at its launch, it was asked to tackle the tense situation that had arisen in Mangochi. Following the method proposed a team of researchers from different religious backgrounds started with the in-depth appraisal. The subsequent action was done by the ‘Forum for Dialogue and Peace’.

The library proved very popular and burst out of it seems. The room earmarked was far too small and new building was added to our infrastructure. It housed both a large meeting room and a library with reading room. In the meantime, the Centre employed an economist who was heading the economic governance desk and it embarked on its first strategic plan. It advocated for debt cancellation and used as a channel for this work the faith community leaders. It was at this time that the basic needs basket research was shaping up and being done in the four main cities in Malawi. Other donors came on board like OSISA, TROCAIRE and Misereor. While the first strategic plan was produced in 2005, there was need for a follow-up plan in 2008. This was the first plan for which the CfSC hired a consultant. 2011 and 2014 followed. In that way the CfSC tried to stay focused, refine its mission and adjust its vision according to changing circumstances. What helped it to focus were some of the principles of Catholic Social Teaching like: the option for the poor, the common good and the integrity of creation.

The Poorest of the Poor

One of the groups of people that deserved the attention of the centre were and are the tenants on tobacco farms. They are the forgotten ones but with their sweat they produce the crop that brings in a large amount of the foreign exchange which is needed to keep the economy going and cover the imports which Malawi needed to survive. Our cars, little do we realise that it is because of the sweat of tenants that we can drive them. But they themselves even today are oppressed. The much-touted Integrated Production System has only lifted the old system to another plain: now the landlords have become the tenants of the tobacco companies. Many of them still use the bonded labour, because of lack of sufficient liquidity to pay salaries on a regular basis. Without these interventions by Justice and Peace groups and the Centre for Social Concern, they would truly have belonged to the forgotten of the earth.

The centre started bringing to the attention of the nation those who were being subjugated to new forms of slavery: those who were trafficked either within or to outside the country. This work was in line with the work of the founder of the Missionaries of Africa, Cardinal Lavigerie, who played an important role in the abolishment of slavery in the eighteen seventies. Today human trafficking is the new slavery. The centre cooperated with women’s groups at first within the Catholic Church but later also with others, creating awareness about this modern scourge and training women to recognise human trafficking when it was occurring in their areas and to report it to the centre, which was taking further action. This was several years before Norwegian Church Aid made money available to several NGOs and supported action against human trafficking to the point of assisting the nation to draft legislation which made it easier to punish this heinous crime.

The centre did a survey in how far it is true that Catholic Social Teaching is our best kept secret: in other words, in how far does this body of teaching influence Catholic Christians. This was to prepare a project which was trying to introduce a value-based approach to policy debates. The idea was that the country needs not only sound economics but these economics must also be ethically sound. This in turn was part of the ‘active citizenship’ pillar of the 2014 strategic plan. In earlier strategies the centre referred to ‘building human capital’: An indication that the CfSC was recognising that integral development, justice and peace can only be realised when citizens themselves take to heart their own human development.

Empowerment has also been underlying the efforts of the centre in its advocacy strategy to move from advocacy for to advocacy by. The centre started basic needs advocacy groups. These were trained in identifying the issues concerning their lives, their rights. They learned how analyse them, and how to link them to their rights as rights holders. With the help of the centre they had interface meetings with the duty bearers where they raised the issues. This led to duty bearers realising they could not just do business as usual. They had to account and become transparent. It also led to remedial action, like improving health services, school buildings, and the provision of clean water. The citizens started to realise that they did have power. If duty bearers did not respond the media helped by bringing the problems to the attention of the whole nation. This ‘rights-based approach’ to development has proven to be a powerful tool for empowering communities to take their own lives in their hands and do the needful to rise out of poverty.

In our history we met, of course, with ups and downs like changing priorities among the donor partners. Working with people at the grassroots takes time and often the demands were for short-term results. While generally the CfSC can pride itself on a dedicated staff, this was not always the case. But all considered, the centre thought it was right that it celebrates 15 years of existence. The whole staff did so in the presence of some of our volunteers, partners, and well-wishers. It is gratifying to hear it confirmed that the basic needs basket is fulfilling a need and is eagerly awaited by many; that even if very slowly taxation justice is becoming a bit more of a reality; that networking has helped the tenants so that their cause is not forgotten; that the revival of the monster of unsustainable debt is at least brought to the attention of all stakeholders; that youth and adults find good literature and a conducive environment for study in our library; that people realise that they are the rights holders and can proudly refer to good developments in their areas because they feel they are equipped to for interface meetings with duty bearers; that so many people have been empowered with knowledge and graduated from being a victim of circumstances to agent of their own development. In other words, there was reason to celebrate. This was done on the 22nd of November 2018 through an open day. In the presence of Archbishop Tarsizius Ziyaye and colleagues from civil society, donor partners and co-operators, volunteers and beneficiaries the CfSC thanked God and showcased its work in the areas of social conditions research, economic governance, inter-religious dialogue and active citizenship. It was a great celebration like a crown on 15 years of learning, operating, implementing our vision and mission.

One thing we learned as an organisation is that development is a slow process. It needs an awakening of those at the grassroots, who are experiencing the problems often not of their own making. It needs dedication and commitment. It needs the contribution of all, especially those in power be they politicians or technocrats, NGOs or donors. Malawi is still one of the least developed countries. It is still referred as a country with one of the lowest GDP in the world. But the CfSC does not think that this is preordained. Charting its course into the future it wants to assist its clients to build on strength, to discover their potential and make it work for them and for the common good. This means that there is still plenty of work to be done. Reinforcing the rights-based approach. Continuing to bring together those who are different in religion and culture, to discover what unites and to make religion one the forces for the common good and against division. It needs the contribution of the Centre for Social Concern.