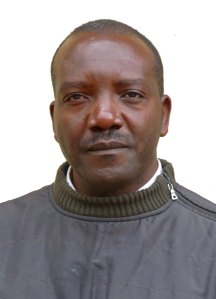 “I urgently appeal, then, for a new dialogue about how we are shaping the future of our planet. We need a conversation, which includes everyone, since the environmental challenge we are undergoing, and its human roots, concern and affect us all. The worldwide ecological movement has already made considerable progress and led to the establishment of numerous organizations committed to raising awareness of these challenges… All of us can cooperate as instruments of God for the care of creation, each according to his or her own culture, experience, involvement and talents” (n°14).

The earth is “our common home” is a beautiful statement. The word home, simple as it is, tells a great story about the life of any living creature. It provokes the sentiments of belonging, tranquillity and joyfulness revealed in Sacred Scripture in the book of Genesis “Then the Lord God planted a garden in Eden…. and he placed there the man whom he had formed. Out of the ground the Lord God made various trees grow that were delightful to look at and good for food, with the tree of life in the middle of the garden and the tree of the knowledge of good and bad (Gen. 2:8-9, The African Bible). The themes in this short text are clear: the presence of a person on earth endowed with dignity, the soils that sustain vegetation, plenty of food and trees that provide an aesthetic milieu, abundance of life and possibility to discern the authenticity of life.

When the Pope makes this appeal, he is deeply aware of some of the debates at various conventions held since the 1970s that have led to declarations and policies. These debates have seen shifts in the emphasis laid on certain topics. At the beginning, the stress was on development and its sustainability. The stress has now come to be on the earth itself and the impact that human action has had in these last centuries of industrialised development. This shift has forced a number of states to formulate polices regarding the environment and ecology and some have enshrined them in their national constitutions. Techno-science has given us more information. Religions are more aware of the material world. Inevitably, this has affected human consciousness and made it reflect seriously on the issues and to take action without exclusively basing themselves on faith or scientific grounds. Occurrences of floods, the melting of polar-ice or snow on some mountain tops in Africa, expansion of desserts, air and water pollution, rapid extinction of some fauna and flora species, depletion of bog-lands and wetlands, irregular seasons, all trigger despair and debate among housewives, herd boys , sailors, policy makers and techno-scientists. These events affect the safety, security and happiness of humanity.

It is said that our common home has enough for everybody’s need but not everybody’s greed. The Pope calls for a conversion to be more responsible and concerned about others. The encyclical mentions that the resources of the earth has been exploited to satisfy the greedy at the expense of the needy. It calls for a balanced life-style and moderation of human passions, which Hippocrates had mentioned before the era of Jesus. One important point, does not feature strongly; the population explosion. There are too many feet treading the earth and too many stomachs to fill. There is a remarkable population increase in every country. The more population grows the more facilities we need; more food and space are required. The animal population has also multiplied and they need more space and feedstuffs. Consequently, lamentations rise instead of praises. We need more space for living as well as for more food and water. In a long run, more rubbish will be generated leading to more pollution. The human population seems to claim more rights over the other members on the block.

If we are still inspired by the ‘Genesis concept’ of Eden, where it was all good, we have to design policies, adapt our catechesis and change our habits and create awareness among the earth’s inhabitants.

“This basic awareness would enable the development of new convictions, attitudes and forms of life. A great cultural, spiritual and educational challenge stands before us, and it will demand that we set-out on the long path of renewal (n°202) Commitment to ecological concerns without the promotion of the human dignity is futile. The earth needs to be a home for all creatures.

We have to engage in matters of justice, advocacy for equal opportunities, provide a home for refugees and migrants. We need to respect and appreciate people’s cultures and traditions. We need to promote basic rights such as food, shelter and gender equality. Among us there should not be any segregation based on anything.

We need to cultivate a fascination for landscapes, vegetation, water, animals and fish. We have to contribute towards harmony in “our common home” by conserving or planting trees, cleaning our streets, or closing a water-tap. We have to engage neighbourhood communities in biodiversity protection campaigns by using modern media. We need to know more about the natural sciences to be able to pass it on to others and get a better understanding about the natural world.

See: Pope Francis’ encyclical on the environment and human ecology.

PDF file: We need to listen to Pope Francis’ appeal

Click on the picture and see a short video clip from today’s audience with Pope Francis when he joked with us about losing a Superior General. A wonderful short video. Enjoy. Fraternally, Raymond McQuarrie, M.Afr

In a few hours time, we shall be celebrating the feast of Christmas. I was wondering why this year I have taken till now without writing something special to you the confreres.

I saw this last night and read up to ailment number two, only to find that it was speaking about me, on my desk around 22 hours! I am sure that many of us will begin by seeing our leaders out there, the Curia, the Generalate and the Provincialate; but looking closely, we soon realize that these 15 ailments are indeed about all of us as a Church.

As we move towards this Joyful day of His birth, let us simply acknowledge our brokenness. As in any ailment acceptance almost immediately brings about healing. Acceptance puts any ailment in place. We have seen how even the worst health condition such as cancer, AIDS, even Ebola can be contained once they are met with acceptance. So too with each of these ailments in our ways of living Church and Faith today.

I wish you all a Happy and Joyful Christmas!

VATICAN CITY (AP) — Pope Francis listed 15 “ailments” of the Vatican Curia during his annual Christmas greetings to the cardinals, bishops and priests who run the central administration of the 1.2-billion strong Catholic Church. Here’s the list.

2) Working too hard. “Rest for those who have done their work is necessary, good and should be taken seriously.”

3) Becoming spiritually and mentally hardened. “It’s dangerous to lose that human sensibility that lets you cry with those who are crying, and celebrate those who are joyful.”

4) Planning too much. “Preparing things well is necessary, but don’t fall into the temptation of trying to close or direct the freedom of the Holy Spirit, which is bigger and more generous than any human plan.”

5) Working without coordination, like an orchestra that produces noise. “When the foot tells the hand, ‘I don’t need you’ or the hand tells the head ‘I’m in charge.'”

6) Having ‘spiritual Alzheimer’s.’ “We see it in the people who have forgotten their encounter with the Lord … in those who depend completely on their here and now, on their passions, whims and manias, in those who build walls around themselves and become enslaved to the idols that they have built with their own hands.”

7) Being rivals or boastful. “When one’s appearance, the color of one’s vestments or honorific titles become the primary objective of life.”

8) Suffering from ‘existential schizophrenia.’ “It’s the sickness of those who live a double life, fruit of hypocrisy that is typical of mediocre and progressive spiritual emptiness that academic degrees cannot fill. It’s a sickness that often affects those who, abandoning pastoral service, limit themselves to bureaucratic work, losing contact with reality and concrete people.”

9) Committing the ‘terrorism of gossip.’ “It’s the sickness of cowardly people who, not having the courage to speak directly, talk behind people’s backs.”

10) Glorifying one’s bosses. “It’s the sickness of those who court their superiors, hoping for their benevolence. They are victims of careerism and opportunism, they honor people who aren’t God.”

11) Being indifferent to others. “When, out of jealousy or cunning, one finds joy in seeing another fall rather than helping him up and encouraging him.”

12) Having a ‘funereal face.’ “In reality, theatrical severity and sterile pessimism are often symptoms of fear and insecurity. The apostle must be polite, serene, enthusiastic and happy and transmit joy wherever he goes.”

13) Wanting more. “When the apostle tries to fill an existential emptiness in his heart by accumulating material goods, not because he needs them but because he’ll feel more secure.”

14) Forming ‘closed circles’ that seek to be stronger than the whole. “This sickness always starts with good intentions but as time goes by, it enslaves its members by becoming a cancer that threatens the harmony of the body and causes so much bad — scandals — especially to our younger brothers.”

15) Seeking worldly profit and showing off. “It’s the sickness of those who insatiably try to multiply their powers and to do so are capable of calumny, defamation and discrediting others, even in newspapers and magazines, naturally to show themselves as being more capable than others.” 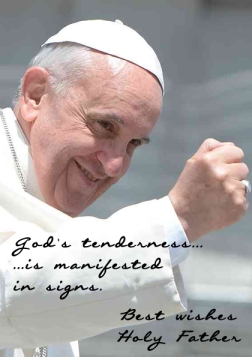 Fraternity, the Foundation and Pathway to Peace

In this, my first Message for the World Day of Peace, I wish to offer to everyone, individuals and peoples, my best wishes for a life filled with joy and hope. In the heart of every man and woman is the desire for a full life, including that irrepressible longing for fraternity which draws us to fellowship with others and enables us to see them not as enemies or rivals, but as brothers and sisters to be accepted and embraced.

Fraternity is an essential human quality, for we are relational beings. A lively awareness of our relatedness helps us to look upon and to treat each person as a true sister or brother; without fraternity it is impossible to build a just society and a solid and lasting peace. (…)

The ever-increasing number of interconnections and communications in today’s world makes us powerfully aware of the unity and common destiny of the nations. In the dynamics of history, and in the diversity of ethnic groups, societies and cultures, we see the seeds of a vocation to form a community composed of brothers and sisters who accept and care for one another. But this vocation is still frequently denied and ignored in a world marked by a “globalization of indifference” which makes us slowly inured to the suffering of others and closed in on ourselves. FULL TEXT

Human trafficking is a crime against humanity. We must unite our efforts to free the victims and stop this increasingly aggressive crime which threatens not only individuals but the basic values of society and of international security and justice, to say nothing of the economy, and the fabric of the family and our coexistence.

What is called for, then, is a shared sense of responsibility and firmer political will to gain victory on this front. Responsibility is required towards those who have fallen victim to trafficking in order to protect their rights, to guarantee their safety and that of their families, and to prevent the corrupt and criminals from escaping justice and having the last word over the lives of others. Suitable legislative intervention in the countries of origin, transit and arrival, which will also facilitate orderly migration, can diminish this grave problem.  FULL TEXT