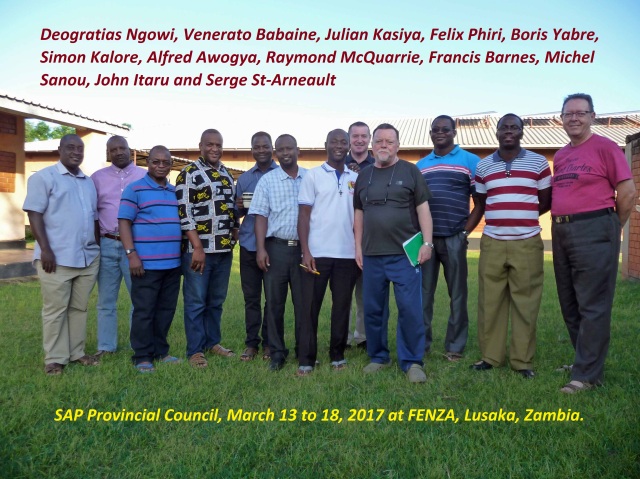 SAP Provincial Council gathered on the third week of March at FENZA, Lusaka, for its first meeting of the year. As usual, the four Sectors of the Province were represented by their Provincial Delegates and their Councillors. From Rome, Francis Barnes was also present with his usual sense of humour. A word of thanks was given by the Provincial, Felix Phiri, to Serge St-Arneault who will be ending his mandate as Provincial Secretary in few months from now. He has been appointed as Director of the Afrika Center in Montreal, Canada. Michel Meunier will replace him from July 2017.