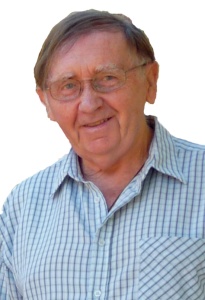 It all began at 23:30hrs on Friday 11th March 2016. I was awakened from sleep by what you could call thunderous banging on my bedroom door which was locked (the thieves didn’t have the manners to knock!). At first I thought the roof of our house was collapsing then, one wakes up to the reality, I realised it was at my bedroom door.

It all went so quickly. Suddenly the door was flung open, the light was switched on and I am face to face with two sturdy men (no masks). One was brandishing a steel bar called a crowbar the other had a knife. The command was given (they spoke in English) “money, money, we want your money, all your money”. I came out of the bed and went to put on my trousers. They ordered me, “get back, just sit there and don’t move”. They took some money that was on the table. Then they took the wallet from my trousers in which there was money. Again they demand “more money, more money” I told them I don’t have any more money, luckily there was very little money in my room at the time.

Then began the ransacking of everything in the room rifling through the cupboard, the filing cabinet and shelves opening drawers throwing all the contents on the floor. They picked through everything,  taking anything that they thought could be of value, some clothes, shoes, phones, watch, travel bag for putting in the stolen goods even a cross, etc. When I saw they had taken all the backups to my laptop computer, two external hard drives and memory sticks, they then went for the computer. I said, “no, don’t take my computer”. I pleaded until, to my great surprise, they put it back again on the table.

When all this was going on I could hear voices in Fr Dave’s room next door and I realised he was going through the same ordeal. Once over (20 minutes of humiliation), I went to console Fr Dave from whom they had taken everything of value in his room. Then, I thought of the watchman, is he OK? Has he been harmed? I kept calling him at the entrance to his little house. After some time, he eventually woke up oblivious of all that was going on. It was indeed “a night to remember” and also a lesson to be learned as the Bible puts it “be on your guard because you will never know when the thieves break in and steal”.

My version of our unwelcome visitors. By

This is what happened: we had a midnight visit from the thieves who broke into our house through the kitchen window, bending the security bars back and entering in. Suddenly the light was switched on in my bedroom and two young men with weapons in their hands (not guns) came in. I just stayed in bed and pointed to the drawer where there was some money. There came in two others who had found that Joe’s door was locked so it took them a bit of time to smash it open. Besides the money they also took my laptop, phone, watch, camera and a few other items. All my drawers were opened up and everything poured out all over the floor as also some clothes from my cupboard lest I was hiding something there. They also looked behind my pillow and mattress again searching for hidden treasures. Our watchman slept through it all! Anyhow we thank the Lord that we suffered no physical harm. We are in the process of hiring a more reliable security system and hope we will not have a repeat performance.