My dear Friends, Compliments of the season (as people say)! Happy New Year! Until the end of this month, I always take the liberty to wish people a Happy New Year; after all, there are still eleven months of it! 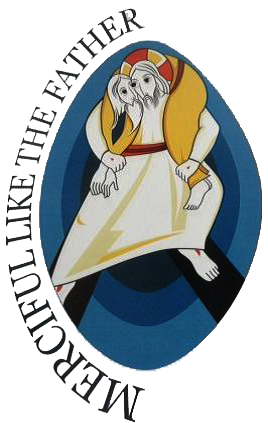 I hope you have entered gracefully (or in a grace-filled way) in this Jubilee Year of Mercy! Yes, as you know, Pope Francis has declared this year, starting on 8th December last year until the 20th November this year (Feast of Christ the King), a special time to live by and with the mercy of God. “Jesus Christ is the face of the Father’s mercy”, says the Pope. The theme he gives to this yearlong celebration is “Merciful like the Father” (see Luke 6: 36). Very interestingly for us on the African continent is that on 29th November – 9 days before the official opening in Rome – Pope Francis opened the Holy Door of Mercy in the Central African Republic’s capital before the beginning of Sunday Mass. He decided to open the Holy Door in the cathedral of Bangui as a sign of prayer and solidarity with the country and the rest of the continent. This is the first time in history that a Jubilee year is opened outside of Rome! This gave a lot of courage to the people of the Central African Republic – not only Catholics – to go and vote in the presidential elections, in spite of the threats received from militias telling them not to vote!

The people just ignored their bullets and these terrorists felt powerless in front of God’s power: this was a miracle, a sign from God brought through Pope Francis!

From 4th to 7th January, we had our Sector Meeting in Haartbeesport Dam, at the Good Shepherd Centre. We had a good time of reflection, prayer, discussion and planning for our work in South Africa.

Our new deacons who went to Malawi, Mozambique and Zambia during their Christmas holidays (see last month’s Newsletter), came back on different days around mid-January. You should have seen the joy beaming from their eyes as they explained all what they had been doing during this short pastoral experience in their respective parishes. It reminded us of the return of the seventy disciples after Jesus had sent them on their first mission (See Luke 10: 17-20). They were really thrilled to have been able to proclaim the word of God in their own way. This was surely a great experience for them, awaiting their priestly ordination after this last year of theological studies.

On 16th January, in Pretoria Cathedral, with two of our deacons, we took part in the closing Mass of the Year of Consecrated Life. The Cathedral was full and the choir helped us wonderfully to sing the praises of God who has chosen so many Religious Sisters, Brothers and Priests to work in his vineyard. As this event took place just before the annual Episcopal Conference meeting, thirty one bishops from South Africa and as far as Botswana and Swaziland were present. Many lay people also joined in the celebration.

As you see, this month, this Newsletter comes to you a few days late. The main reason is that I was busy conducting the annual retreat for some of our seminarians of Merrivale. Indeed, from 21st to 27th January our five new deacons – the sixth one, Douglas, is already home in Kenya awaiting his priestly ordination -, plus eleven of the students and two of their formators (Fr. Réal, the rector, and Fr. Luigi) were with me in John Paul II Pastoral Centre of Bethlehem Diocese (Free State). For six full days, they were really praying and meditating on God’s word and sharing the daily Eucharist in an atmosphere of silence and reverence, listening to the Holy Spirit speaking in their hearts.

On 10th February, Ash Wednesday will launch us in the wonderful time of Lent. I therefore wish you a very good and fruitful time of following the Lord through his Passion, Death and Resurrection.

Newsletter South Africa No 59b2