With regret, we inform you of the return to the Lord of Father Clement Alekwe. He died on May 16th, 2015 in Nairobi, Kenyaat the age of 55 years, of which 23 of missionary life in Nigeria, Kenya, Zambia and Tanzania.

We woke up this morning to the very sad news of the death of our brother Clement Alekwe. He died in Nairobi early this morning 16th May 2015. In March he celebrated his 55th Birthday in Arusha.

In fact Clement has been ill for some time now. He went to India for medical care, and after a few months was brought back to Nairobi where he has since been following treatment.

Please pray for Clement and his family. No funeral arrangements yet. I would like to thank the Provincial and all the confreres in EAP (Nairobi) and also the confreres in India for the loving care they showed Clement during his sickness.

May he rest in peace.

Note: Father Alekwe was a member of the formation team in Lua-Luo, Kasama between 2010 and 2012. 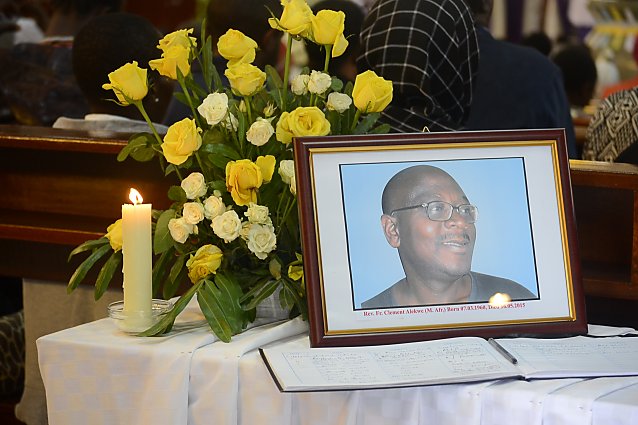 Clement Alekwe passed away in Nairobi on 16th May 2015. He had been struggling with cancer for some time. During the last three years of his life he was a formator at St Mbaaga SFC. During this time he was receiving treatment in Nairobi – and when that failed he went to Bangalore. But unfortunately his cancer was too far advanced and he chose to return to Africa. He wished to end his days in Nairobi where he had worked for six years in the parish of Our Lady Queen of Peace. It was there that the funeral mass took place.

His body was brought to the church on Wednesday 20th May at 18.00 hours and in the presence of a large group of confreres- from Nairobi, including all the candidates from the 4th phase formation house, from Arusha and Dar es Salaam, parishioners and religious, Fr Martin Onyango, the parish priest of Our lady Queen of Peace, celebrated the Eucharist. This was followed by an over-night vigil. Some people from the parish remained in the church throughout the night, singing and praying.

The funeral mass was presided the next day by Fr Charles Obanya, the provincial superior of EAP. The homily was given by Fr Victor Shehu, a fellow Nigerian confrere. He had worked as a stagiaire together with Clement in that parish. At the end of Mass eulogies were given by Fr Felix Phiri (Nairobi sector superior), Clement’s cousin brother (who had come to Nairobi from Nigeria together with Clement’s younger brother), by Dave Sullivan of St Mbaaga SFC, by the provincial of EAP and by representatives of the parish, of the archdiocese and of the “Lavigerie Family”.

Clement was then taken to St Austin’s cemetery where, surrounded by his confreres and friends, he was laid to rest. In this cemetery he is in the company of about six other Missionaries of Africa. 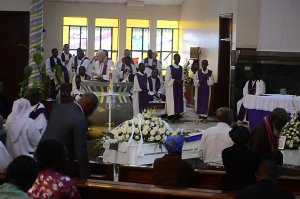