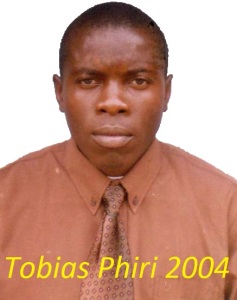 I regret to inform you that our ex-student Tobias Phiri passed away on 17th April 2015 after a sickness. His wife gave me the information. He was buried on Monday 20th April in Kasisi.

May he rest in perfect peace.