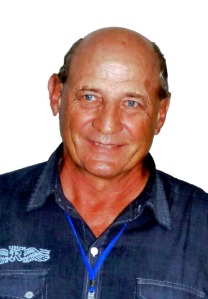 As some might have heard, I was caught by a crocodile on the 20th December. I was taken three times to the bottom of the river which I was crossing swimming. Fortunately, I managed to pierce one eye of my enemy, which left me with a left hand in very bad condition. I was very lucky to survive.

In the hospital of Kasama, they did not realize that there were some smashed and dislocated bones. I got plenty of injections and antibiotics. But it was not enough as an infection started. When we could make a new radiography, the doctor discovered the disaster and told me that I was starting a ‘scepticemy’ (general infection of the blood) and that I could get as well a ‘osteite’ (infection of the bones). I was advised to go home.

I left Lua-Luo for Lusaka on the 7th January. The following day, I was admitted in the afternoon in a hospital specialized in the traumatisms of the hand. I was operated on the 11thJanuary. I was told that there was a possibility of cutting my index. But they succeeded to keep it. They could remove all the smashed bones, which were in a bath of pus. I could leave the hospital on 16th January and be taken care by one of my sisters who is a nurse. Antibiotics, pain killers and five injections a day. And many exercises for re-education.

I will visit Patrick Bataille in Paris on the 9th February. Then, I went on the 29th January for a review. They could remove the stiches. But they want me to be still on antibiotics (oral and injections) till the 16th February. Then, 2 weeks without antibiotics and new visit at the hospital on the 3rd March.

I was very disappointed, I had hoped to be back in Zambia beginning of February. But the doctors will not let me go before they are sure there is no danger of a new infection of the blood or of the bones. They are still ‘cultivating’ in laboratory the germs they found. Crocodiles do not brush often their teeth!

Right now, I am at my twin brother’s place (the doctor). Then I will go to visit my other brothers and sisters, as long as I can get my injections.

Here, it is cold and we have snow. I feel sorry for my confreres of Lua-Luo, for the students, especially those of St-Matthew’s team: Paul, Bishop, Cyprian, Gildas and Edmond. I should be back around the 8th March.

Greetings to all of you, and many thanks for your prayers,

Jean-Louis / Mpundu. (I might be without internet from time to time…)

18 thoughts on “Some news of Jean-Louis Godinot (Mpundu) who was attacked by a crocodile in December 2014.”