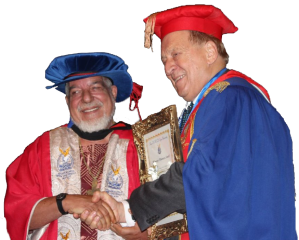 “This talk is going to be more of a sharing of experiences of 48 years of practical inculturation within the Malawi context both on catechetical, liturgical and artistic inculturation.”

Those are introduction words of Father Boucher giving his talk to a group of experts convened by Missio who met recently in Lilongwe and Mua. On the eve of the meeting Claude received an honorary doctorate from Ivan Reed, the Chancellor of the Share World Open University, at the Bingu International Conference Centre, Lilongwe.

Find the content of the life story of Father Boucher in the following PDF file given at Missio Conference on Inculturation on 23rd November 2014. 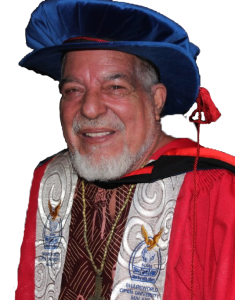 Our sincere congratulation to our confrere Claude Boucher for this remarkable achievement. The following are his conclusive words: “The unfolding of the Kungoni activities as a Centre for Culture and Art followed very much my own personal growth. Though inculturation was the ultimate target right from the time of my arrival, the years 1967 to 1970 had to be spent in learning to speak. The period of 1970 to 1976 taught me to think in the culture. The period of 1977 to 2000 brought about the possibility of acting in the culture by establishing the Kungoni Centre and its various activities. The period of 2001 to 2014 was blessed with several publications and the need to reflect on the past and on the history of the Centre. Together with a team, I look forward to publishing online the summary of its activities and its major achievements. This is the database mentioned above. As an appendix to this work, the urgent need to show greater concern for Malawi’s environment that is presently at risk. I would very much like to spend my remaining years and energy on browsing over my voluminous notes and do more publishing for further generation. I am presently working on a pre-Christian spirituality of the Chewa. I would also like to spend more time at painting my inner experience of my real home, my only home, Malawi.”

Upon the authority of the Senatus Academicius through the University Council of Share WORLD Open University, and the nomination and recommendation thereof Fr. Claude Boucher Chisale is awarded the Degree of Doctor in Philosophy in Cultural Anthropology and Heritage Management, Honoris Causa will all honours, rights and priviledges belonging to that Degree. In witness thereof we have signed and sealed this instrument on the 22nd day of November 2014.