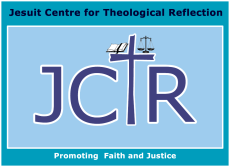 In May 2013, government sequentially scrapped off fuel and maize subsidies contending that the measure would free resources for infrastructure development and poverty reduction among others. This change in subsidies has generated a debate with various actors voicing varying views.

At household level, the effects of the subsidies removal on prices of basic commodities are still being felt two months afterwards. According to Daniel Mutale, Social conditions programme manager, ‘‘the effects of removal of subsidies on basic food items are deepening.’’ This calls for an urgent response to address the rising food costs. READ MORE